Today is my stop on the blog tour for ELECTED by Rori Shay! This is one book you don’t want to miss and is out TODAY! The kickstarter to this book is available athttp://tinyurl.com/ElectedNovel. You will be able to get a copy of ELECTED in hardcover and/or paperback with a free ebook, a lot of special limited-edition items and other free books. Don’t wait, get your copy today! Then tell us how you liked it!

Scroll to the bottom for excerpts from the book!!!

Silence in the Library Publishing

It’s the year 2185, and in two weeks, Aloy will turn eighteen and take her father’s place as president of the country. But to do so, she must masquerade as a boy to avoid violating the Eco-Accords, four treaties designed to bring the world back from the brink of environmental extinction. Aloy hopes to govern like her father, but she is inheriting a different country. The long concealed Technology Faction is stepping out of the shadows, and as turmoil grows within her country, cryptic threats also arrive from beyond the borders.

As she struggles to lead, Aloy maintains her cover by marrying a woman, meanwhile battling feelings for the boy who knows her secret – the boy who is somehow connected to her country’s recent upheaval. When assassination attempts add to the turmoil, Aloy doesn’t know whom to trust. She understood leadership required sacrifice. She just didn’t realize the sacrifice might be her life. 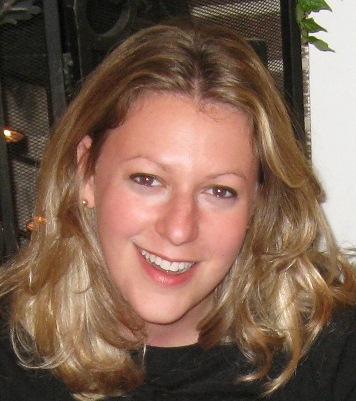 Rori Shay is an author living in the Washington, DC area with her husband, daughters, black lab, and cat – just not quite in the same exciting circumstances as ELECTED’s main character, Aloy. She enjoys running, gardening, reading, doing yoga, and volunteering with the Dwelling Place non-profit. Rori is a member of the Society of Children’s Book Writers and Illustrators (SCBWI).

Don’t forget to enter the giveaway!

~Items seen in ELECTED such as a marriage binding (temporary tattoo)

~Necklace as seen in ELECTED

~Optional FaceTime or Skype session with the author for 1/2 an hour (can be used one-on-one or at the winner’s book club, etc.)

As if he can read my thoughts, Griffin says, “I know what you are.”

And before I can even think about the consequences of my actions, anger overtakes me. What I’ve hidden for so long and been so careful to keep secret is now in the hands of this impudent intruder?

I’m up out of my seat and running at him before I realize what I’m doing. I knock him forward, pushing with both my hands flat against his back.

In this moment, I look around the room for some more dangerous weapon than my two hands. My knife is too far. I find what I’m looking for on the wall to my right. One of my fencing swords. I grab it off its decorative shelf and get in an offensive stance, right foot forward at an angle.

As Griffin regains his balance and faces me, I hold my stance, looking him fiercely in the eyes. He doesn’t say anything, but I see him scan the room fast. I lunge at him, but I’m a second too slow. He’s already run to my left and grabbed a wooden cane I’ve been carving. It’s now the wood cane against my steel sword. I’ve been fencing since I was seven, so I’m quick. I should be able to take him out easily.

I don’t mean to really hurt him, just push him back out of my room, get my anger out. But Griffin is stronger than I expect. We’re fighting, wood to steel, clashing in the air, the sword making gashes in the softer wood.

I jump back over furniture, toppling pieces as we both fly around the room. We’re both spinning, checking each other’s advances. Griffin surprises me, putting up a fight matching mine. I’ve received expert training, but who taught him to fight so well?

Griffin backs up against my door, but I can’t let him escape. Unless I win the fight, he could run out that door and tell the world my secret. My family’s future could come crashing down around me in an instant.

I push forward with more heat. We’re up close now, our weapons right at each other’s faces. I can hear his grunts through my own yells.

All at once his cane swings out at me, but not where I expect it to go. He doesn’t aim for my sword. He aims for my feet, knocking me off balance onto my back. My sword clatters to the ground in the onslaught, and before I know it he’s on top of me. I’m punching and pushing back at him, and we’re in a fist fight, rolling on the ground. I don’t easily give up, but he’s got a few muscular pounds on me.

I’m furious, kicking and shouting at him. In between our wrestling, he spurts out, “It’s your secret. Not mine.” He’s out of breath from our fight, so he has trouble getting the words out. “I’m not planning to tell anyone.”

While he’s trying to get the words out of his mouth, I take the opportunity to push harder. I end up on top of him and pin his arms above his head. He goes slack, letting me hold him there.

“You’re a girl,” he says, serious and amused at the same time.

“You have no evidence!”

He juts his chin out, pointing to my torso. His eyes are mischievous. I look down at what he’s pointing to.

And then I realize.

The shirt I’d been sleeping in has lost a few buttons. It hangs open and ragged off my torso. Immediately, I let go of Griffin’s arms and instinctively grasp around my chest for my bindings.

But I’m too late.

A milky white breast hangs out of the wrappings, announcing my secret loud and clear.

I see my opportunity to ask the very thing that’s been on the tip of my tongue for months. Something I know my parents won’t answer but that Tomlin might—if for no other reason than to further my education. “The Ship Accord didn’t stop everyone, though.” I know I’m bringing up something painful.

“My brother.” I lean forward in my chair, expectant for some new tidbit of information from Tomlin. “What happened to him?” I am unwavering with my request for information on Evan.

“You were his tutor, right? What was he like? Would he have made a better Elected than me?” I’ve always wondered if Evan would have been better suited for the role than I. I know the answer must be yes since he was the true Elected, the only male heir of the family. Only men are allowed to be the Elected since women must focus on repopulation. But my parents and Tomlin encourage me to have more confidence. They have to, I guess, since they have no other choice. I’m their only option left.

I know Tomlin doesn’t enjoy talking about my brother. No one does. Evan was everyone’s pride and joy until he ran away. But I never knew him at all. My parents had me as a hurried attempt for another child after Evan disappeared.

I keep pressing Tomlin for other information, knowing I won’t get an answer about Evan’s character. “How does everyone know Evan escaped via boat? How did he even find a ship to get away? I thought my grandfather destroyed all of them.” I see Tomlin cringe at my word ‘escaped’, and I chide myself that I’ve yet again made the Elected role sound like a prison sentence.

“As far as anyone knew, they were all dismantled, the parts used for building materials.” Tomlin rakes a hand through the thin wisps of his hair.

“So how’d Evan get one?” I am relentless. “And how’d he get it past Apa?” I can’t imagine how Evan managed to plan such an elaborate departure under my father’s tight scrutiny.

“Enough.” Tomlin’s tone is harsh but quiet. I know he can’t be budged when he doesn’t want to proceed. “We need to keep going with your studies. The public will expect you to be well-trained when you take office.”

“Okay, just one more question?” I ask, looking at my fingernails. They are perfect half-moons except for the two pinkies on whose nails I obsessively gnaw. As I get nearer to the date of my inauguration, the two nails seem to get shorter and shorter.

“One more, then we go on. But it must do with the Accords.”

“It does. Sort of. What do other countries do with people who make it through the sea to their lands?”

I can’t look at Tomlin while I wait for the answer. It’s something I already know in my heart, but I want to hear it out loud.

Finally, Tomlin answers, his voice a mere whisper. “What would we do?”