A new year has begun. I’m editing episode 3 in Boreal and John Grey season 2 – and I thought I’ve never shared with you books I like. Like, if you enjoy my books, you may also enjoy the books I enjoy.

At least, that was the thought leading to this post. 🙂

I am an avid reader. I have favorite authors, favorite books, favorite series. So I will mention some of them – with a focus on stories with LGBT characters (Gay and lesbian). Not erotica, or even strictly romance. They are fantasy series (urban or epic fantasy) with gay protagonists.

I will focus on two authors (and their books) which I found fascinating and really well crafted:

The series is called “Wolf’s Own” and it’s epic fantasy. It consists of four novels.

This is the first one, “Ghost“. 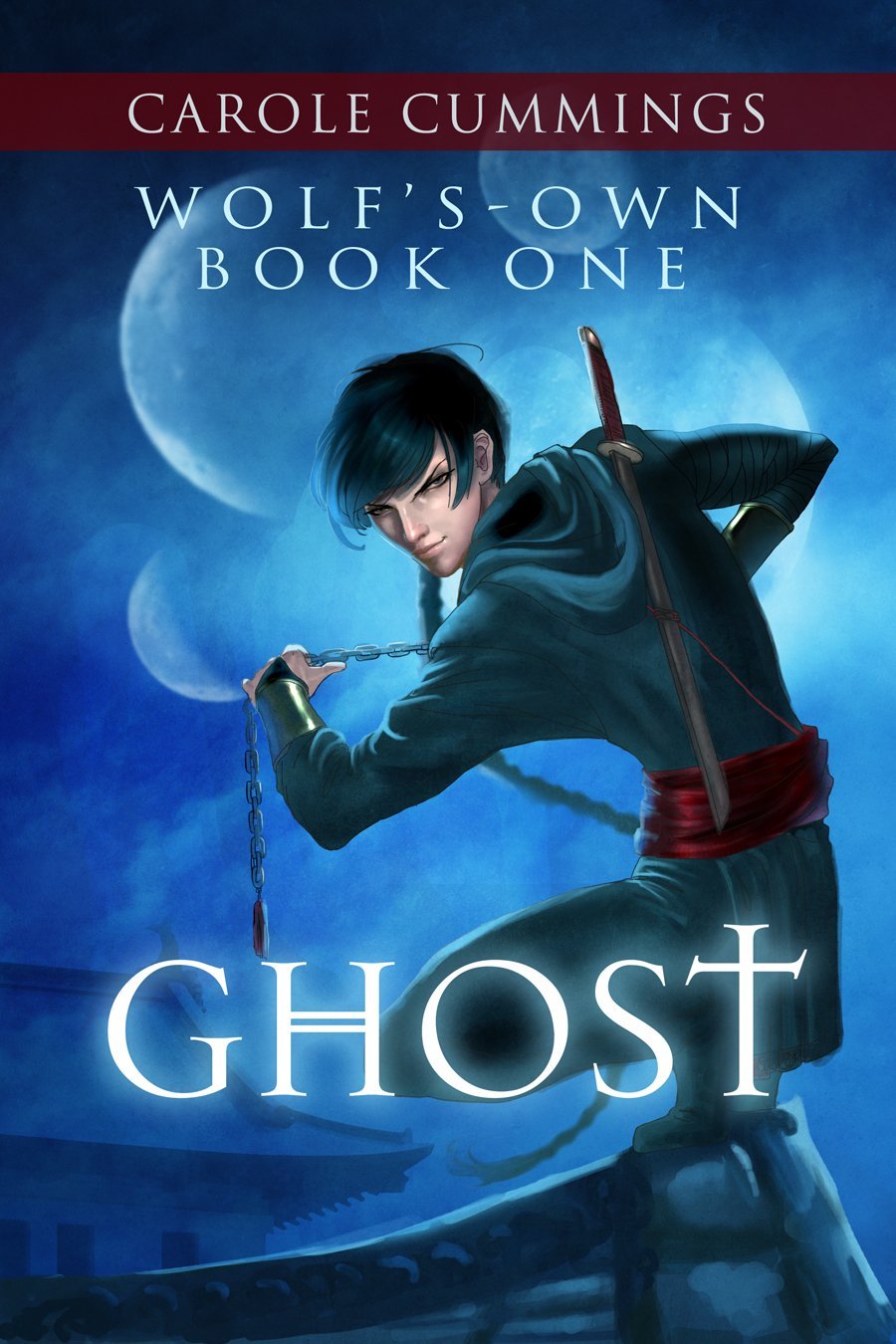 Dwelling in the land of Ada and defending magic users called the Jin, Fen Jacin-rei is a trained assassin and an Untouchable, one whose mind hosts the Voices of the Ancestors, spirits of long-dead magicians. His fate should be one of madness and solitude, yet Fen Jacin-rei desperately clings to his sanity and ferociously protects the family he loves. But how does Fen do it? Kamen Malick has every intention of finding out.

When Malick and his own small band of assassins ambush Fen in an alley, Malick offers Fen one choice: join us or die. Determined to decode the intrigue that surrounds Fen—and to have the Untouchable for himself—Malick sets to unraveling Fen’s past while Fen delves into the mysteries surrounding Malick.

As Fen’s secrets slowly unfold, Malick is drawn into a crusade that isn’t his, one surprisingly similar to his own quest for vengeance. Yet irony is a bitter reward when Malick discovers the one he wants is already hopelessly entangled with the one he hunts.

Where to start… I loved all the characters. The two protagonists are gay, but there are many characters, typical of epic fantasy. I loved the world building – a sort of alternate Japan-like place. And I loved the story. Personally, I rarely saw any of the twists coming. Maybe you will, but hey, the voice is marvelous, and it’s just great storytelling. Five stars from me – on all four books.

This author has another series with gay protagonists, a trilogy called “Aisling”.

This is book 1: Guardian 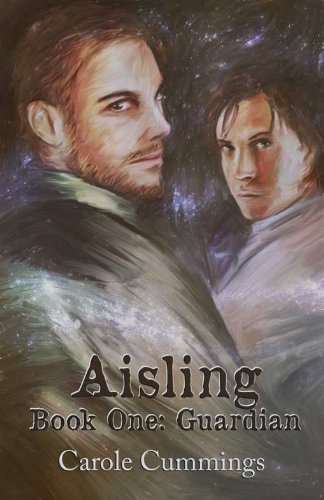 Constable Dallin Brayden knows who he is, what he’s about, and he doesn’t believe in Fate. ‘Wilfred Calder’ has no idea who he is, what he’s about, and has been running from Fate for as long as he can remember. When Wil is brought in for questioning as a witness to a brutal murder, and subsequently flees, Dallin is dragged by duty into the chaos of ancient myth, fanatical religion, and the delicate politics of a shaky truce between two perpetually warring countries, all of which seem to hinge on the slender shoulders of the man he knows is not Wilfred Calder.

The eventual capture of Dallin’s quarry only makes matters worse. Wil is prickly and full of rage, rebellious and lethal, and tells an unbelievable tale of magic and betrayal that threatens to rock the carefully cultivated foundations of Dallin’s world. Leery and only half-believing, Dallin finds himself questioning not only his own conscience and his half-forgotten past, but the morality and motives of everyone around him, including those who hold the power of his own country’s fate in their hands.

Why I like it?
The same reasons as for “Wolf’s Own”. Loved the protagonists. This isn’t epic fantasy, not really, in the sense that it’s in a slightly more modern world, with guns etc. It’s also less sprawling and magical than “Wolf’s Own” but it does have its own magic and it’s very well written.

I read the previous author two years ago. I started Andrea Speed’s “Infected” series a month ago, and I’m in love.

This is the first novel in the series, called “Prey“. 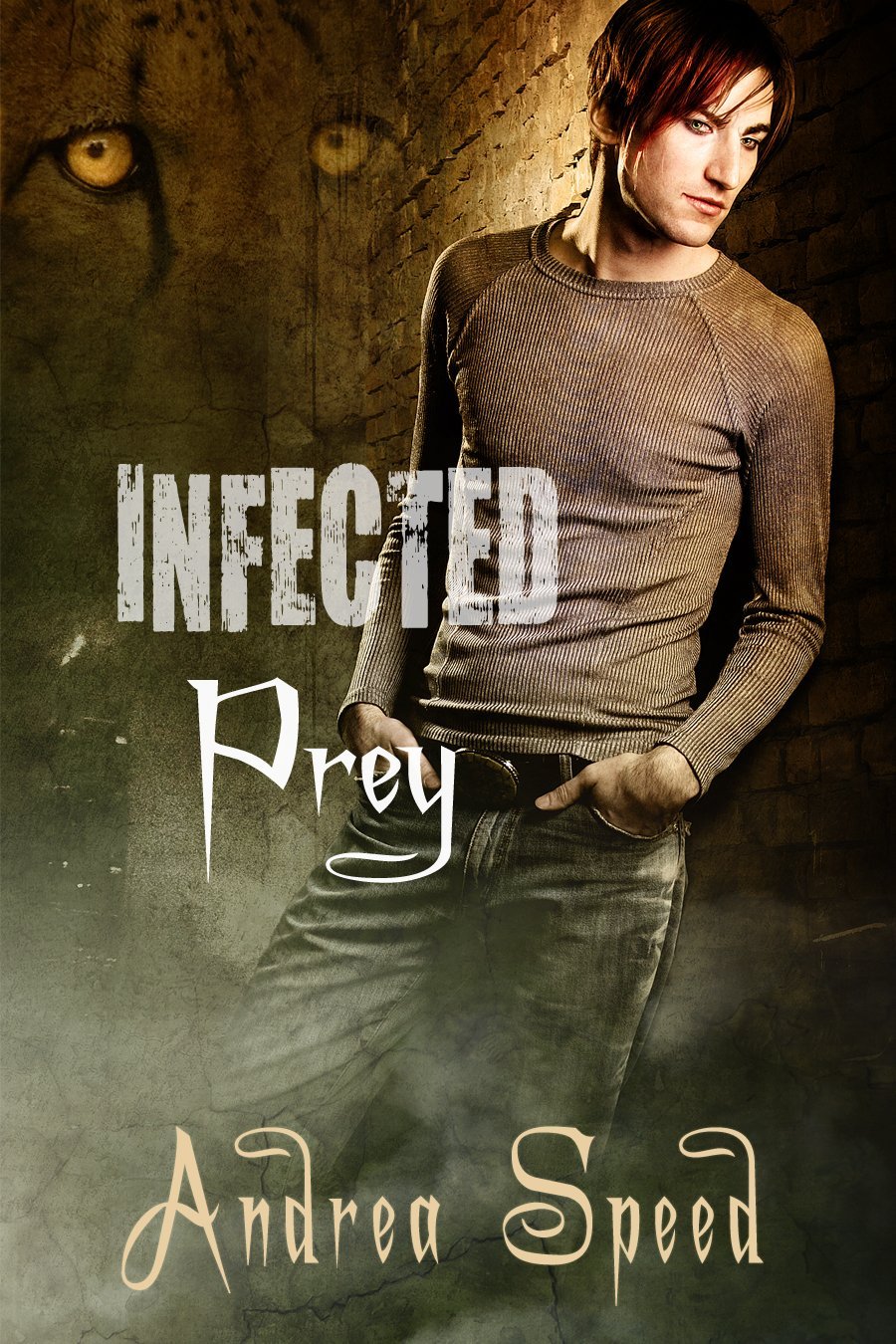 In a world where a werecat virus has changed society, Roan McKichan, a born infected and ex-cop, works as a private detective trying to solve crimes involving other infecteds.

The murder of a former cop draws Roan into an odd case where an unidentifiable species of cat appears to be showing an unusual level of intelligence. He juggles that with trying to find a missing teenage boy, who, unbeknownst to his parents, was “cat” obsessed. And when someone is brutally murdering infecteds, Eli Winters, leader of the Church of the Divine Transformation, hires Roan to find the killer before he closes in on Eli.

Working the crimes will lead Roan through a maze of hate, personal grudges, and mortal danger. With help from his tiger-strain infected partner, Paris Lehane, he does his best to survive in a world that hates and fears their kind… and occasionally worships them.

Why I liked it:

I loved the main character, Roan. He’s blaze, has been through an awful lot, and he’s infected with a lion shifter strain. The world building is simply fantastic, secondary characters, history of the disease, relationships between people, political agendas… you name it. I feel I’m right there. Plus, the author puts Roan through some serious shit, which I appreciate, as I torture my characters quite a bit as well…

I found the writing a little overwrought in the first book, but it got much better from the second book onward (or I stopped caring about it because I was in love with Roan and his story? who knows?).

I definitely recommend the series. I think it has five or six books. I’m up to book 4 now, I think, and loving it.

Anyway. These are my recommendations of today. I wish you happy reading. 🙂