Today I have here author Katie Salidas. Katie writes about vampires, and her series “Immortalis Carpe Noctem” has just seen a new addition – Book 4 of the series, called “Soulstone”, has just been released.

Chrys: Hi dear Katie and welcome. Can you tell us what the inspiration behind Soulstone is? 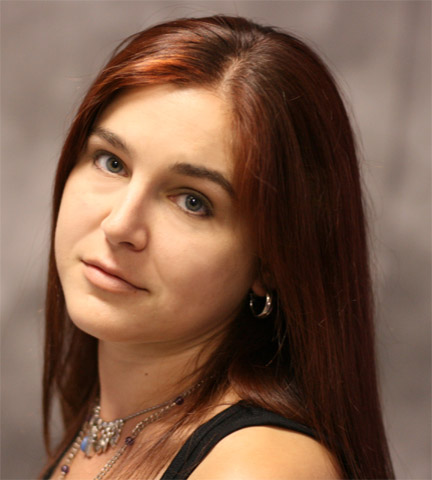 Katie: Soulstone is book 4 in my Immortalis series. The overall inspiration for the series has always been exploring what it might be like to really live as a vampire. I don’t like to sugar coat things I like to deal with the nitty gritty of it all: what would it be like to drink blood, to kill, to deal with humans and werewolves, witches, etc…  But, for Soulstone, the main plot point and driving force behind the story was to answer the question, “What will happen to Lysander.” That was the spark that ignited the story into existence.

At the end of book three, Pandora’s Box, I left readers with that question as well as a magical artifact that had the capability of trapping a vampire soul within it. This irresistible item is not only important to Alyssa, our main character (since it holds the fate of her lover within it), but also the Acta Sanctorum, a dangerous fanatical religious organization bent on the destruction of anything “Unnatural.”

Once those elements were put into place, the story blossomed up around it, taking us through the streets of Boston to the snowy woods in the north and the Olde Town werewolf pack’s sanctuary for a huge battle.

Chrys: Wonderful. Just one more question: Is this the last book of this series or should be expect more? What else is in store? 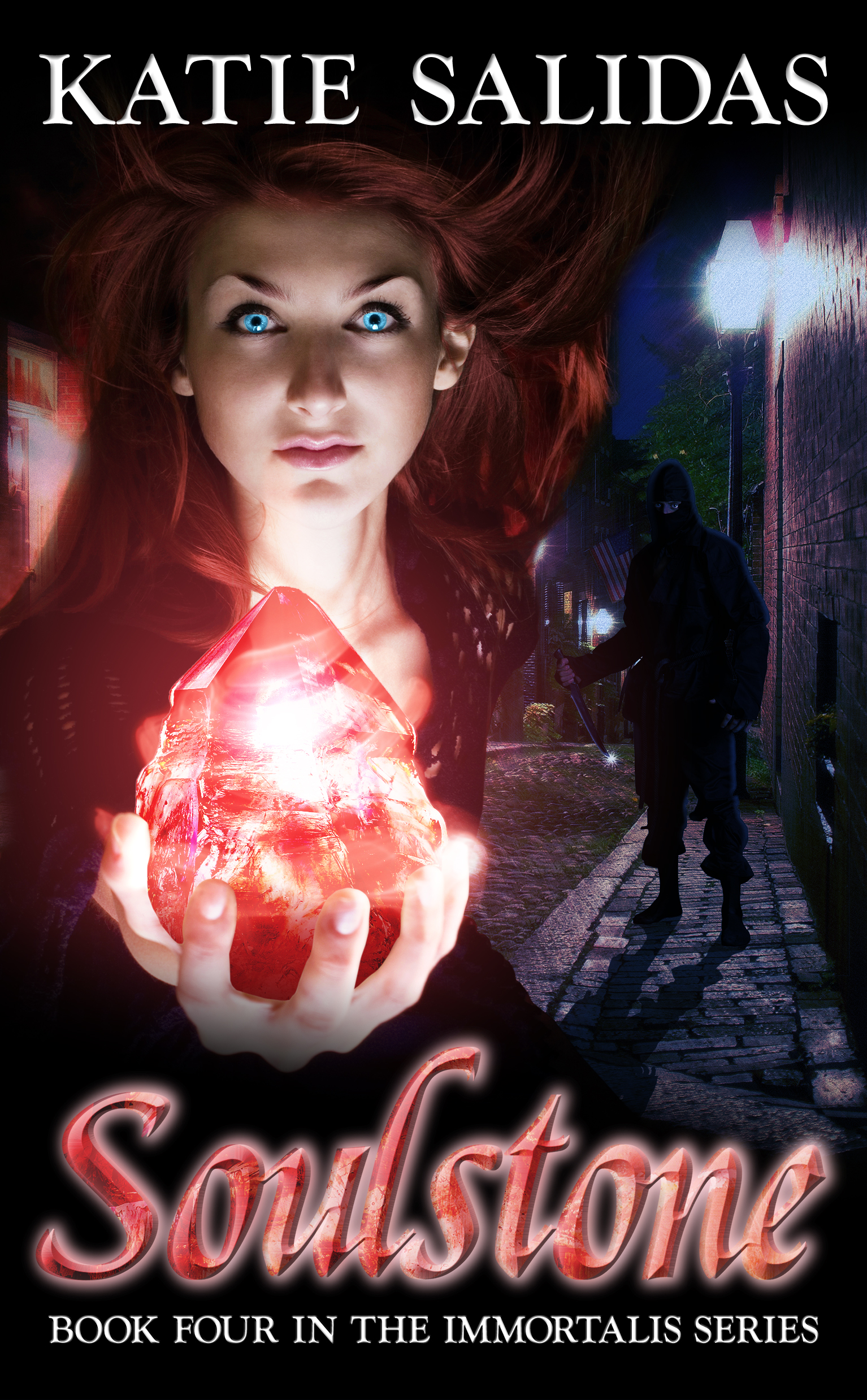 Katie: I have a feeling Alyssa’s adventures will continue on for a long time to come. I’d personally love to give this series the same longevity as other popular Urban Fantasy works like the Sookie Stackhouse series, but it’s best to take things one book at a time.

I’ haven’t yet started on Book 5, but I left plenty to continue on with. What will happen to our mortal friend Fallon? Will she turn wolf to remain with her lover and Olde Town wolf pack leader, Aiden? Will the Peregrinus clan be able to turn the tables on the Acta Sanctorum and finally rid the world of them? How will Ian deal with his eternal injuries, and what happened to Zuri? There are many many questions that have arisen and still need to be answered and as long as Alyssa has a story to tell, I plan on continuing on with this series.

Thank you so much for reading, and if you want to check out my other novels, you can find me at  http://www.katiesalidas.com
(New Release)

It’s a desperate time for rookie vampire Alyssa, and her sanity is hanging by a slender thread. Her clan is still reeling from the monumental battle with Aniketos; a battle that claimed the body of Lysander, her sire and lover, and trapped his spirit in a mysterious crystal. A Soulstone.

Unfortunately, no amount of magic has been able to release Lysander’s spirit, and the stone is starting to fade. Weeks of effort have proved futile. Her clan, the Peregrinus, have all but given up hope. Only Alyssa still believes her lover can be released. In despair, Alyssa begs the help of the local witch coven, and unwittingly exposes the supernaturals of Boston to unwanted attention from the Acta Sanctorum.

The Saints converge on the city and begin their cleansing crusade to rid the world of all things “Unnatural.” In the middle of an all-out war, but no closer to a solution to the dying stone, Alyssa is left with an unenviable choice: save her mate, or save her clan.

After a few months as a vampire, Alyssa thought she’d learned all she needed to know about the supernatural world. But her confidence is shattered by the delivery of a mysterious package – a Pandora’s Box.

Seemingly innocuous, the box is in reality an ancient prison, generated by a magic more powerful than anyone in her clan has ever known. But what manner of evil could need such force to contain it?

When the box is opened, the sinister creature within is released, and only supernatural blood will satiate its thirst. The clan soon learns how it feels when the hunter becomes the hunted.

Powerless against the ancient evil, the clan flees Las Vegas for Boston, with only a slim hope for salvation. Could Lysander’s old journals hold the key? And what if they don’t?

And how welcome will they be in a city run by a whole different kind of supernatural being?

Becoming a vampire saved Alyssa from death, but the price was high: the loss of everything and everyone attached to her mortal life. She’s still learning to cope when a surprise confrontation with Santino Vitale, the Acta Sanctorum’s most fearsome hunter, sends her fleeing back to the world she once knew, and Fallon, the friend she’s missed more than anything.

Alyssa breaks vampire law by revealing her new, true self to her old friend, a fact which causes strong division in the group that should support her most: her clan.

Becoming a vampire is easy. Living with the condition… that’s the hard part.

Bleeding to death after brutal mugging, twenty-five year old Alyssa is rescued by the most unlikely hero: the handsome and aloof vampire, Lysander.

With Lysander as her guide, Alyssa will have to learn what it takes to survive in the immortal world. She’ll have to find the strength to accept her new reality and carpe noctem; or give in, and submit to final death.

To purchase the Immortalis books (In print and ebook):

Katie Salidas is a Super Woman! Endowed with special powers and abilities, beyond those of mortal women, She can get the munchkin off to gymnastics, cheerleading, Girl Scouts, and swim lessons.  She can put hot food on the table for dinner while assisting with homework, baths, and bedtime… And, She still finds the time to keep the hubby happy (nudge nudge wink wink). She can do all of this and still have time to write.

Katie Salidas resides in Las Vegas, Nevada. Mother, wife, and author, she does try to do it all, often causing sleep deprivation and many nights passed out at the computer. Writing books is her passion, and she hopes that her passion will bring you hours of entertainment.