Today I have a guest, a great author of epic and urban fantasy, Marion Sipe. Her epic fantasy book “A Sign in Blood” is free today, so if you haven’t grab a copy. I highly recommend it.

So, I give the floor to Marion! 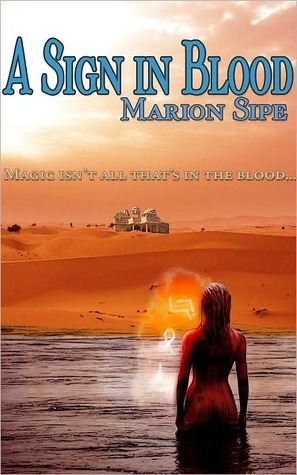 I’m Marion Sipe and I’m here today with Chrystalla Thoma (Thank you, Chrys!) to talk about my epic fantasy novel, “A Sign in Blood”. 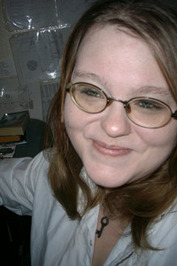 For me, it’s the characters that make a story.  While you have to have a good plot, and hopefully a fascinating world, none of it matters if the characters can’t pull their weight.  And two of my favorite characters from “A Sign in Blood” are Bastian and Carial.

They’re a lot a like in some ways, and totally different in others.  They’re both trying to make the world a better place, to help those who can’t help themselves.  They’re both rebels and renegades, but they come from very different places.  While Carial was raised in the rebellion, Bastian was raised in the temples.  In some ways, he’s more of a realist than Carial.  Carial is an idealist, while Bastian is practical and down-to-earth.

Because Bastian’s position as Full Rank Clergy puts him right in the enemy’s midst, he’s also more paranoid and suspicious than Carial who has been—more or less—insulated by the rebellion.  Until betrayal comes to the Underground itself, which rather flips Carial’s world upside down.  That’s not to say that Carial’s had it easy.  His people are constantly hounded, unable to settle, unable to create any real life for themselves.

So, while Bastian and Carial are from the same culture, and agree about many things, their essential viewpoints are quite different.  Which made their interactions a lot of fun to write.  While they strive for the same goals, they often have different ideas about how to get there.  They’re both caught in the middle of something huge, with people looking to them for guidance, and they’re both risking their own lives—as well as the lives of others—in ways with which they’re not always comfortable.

I also really love these characters because they’re not your typical “hero” types.  Bastian is a scribe and a translator, and if you handed him a sword he’d probably hold it between his thumb and forefinger.  He just wouldn’t know what to do with it, and he’d be cautious.  Carial is more of a fighter, but his people aren’t allowed to possess things like swords and, though he’d love to get his hands on some, he’d have only a little more idea what to do with one than Bastian.  Instead of eschewing weapons, however, he and his people make their own, working with what they’ve got to try and even things up.

He’s not always happy with the results.  There are times when he can’t do enough, or when the options are whittled away and he has to take the course of action he thought he’d never use.  Both he and Bastian are faced with some hard decisions.  As to whether or not they make the right ones… Well, go grab a free copy and find out!

To learn more about Marion Sipe, A Sign in Blood, or her other works, visit:

Remember that the novel is *free* today.