Today my guest is Matt Posner, author of YA fiction, including the  wonderful School of Ages series.

Chrys: Hi dear Matt, and welcome to my blog! A pleasure to finally have a face-to-face with you (even virtually) after reading your School of Ages which was so wonderful. Why don’t you tell us a few words about yourself first? 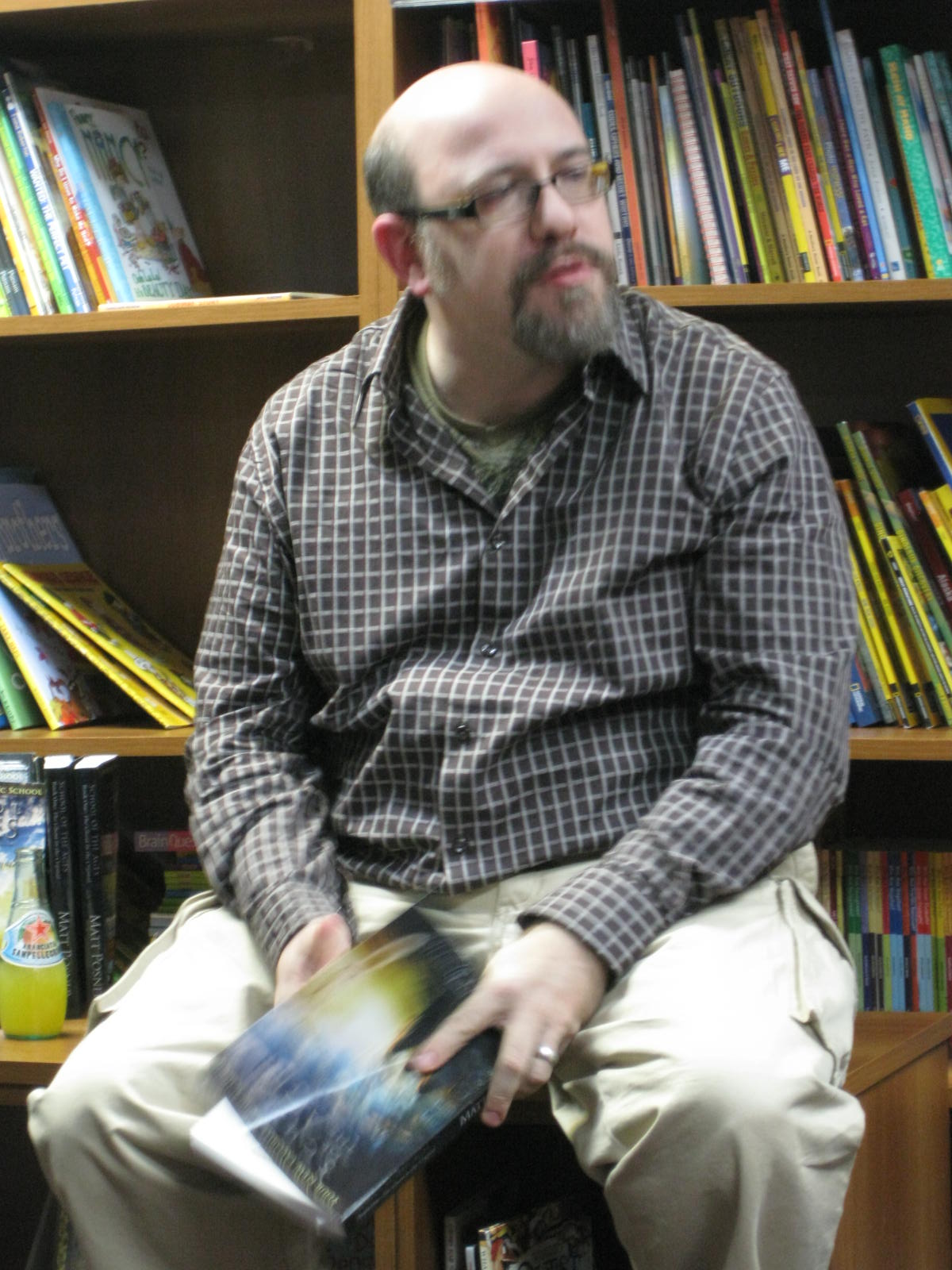 Matt: Hi Chrys. I’m Matt Posner, a New York City teacher and independent author. I’m also a poet, musician, architect, web designer, reiki healer, television producer, neurosurgeon, bandleader, cowboy, dinosaur rancher, arch-mage, trailblazing explorer, and…. Cough, cough. Well, I am also a poet and a musician. As a teacher, I work in special education English where I do what I can to care for those who are struggling or troubled. It’s a tough time to be a teacher here in the United States, with the major political agenda of most everyone being to show that teachers are directly responsible for student failure and seeking the means to dispose of our salaries and the institutions that have emplaced us. I hope it changes, because when it comes to paying the bills with book sales, I’m no Amanda Hocking….

Chrys: Wow, first of all I’m impressed with all your activities, and I know I shouldn’t be, because reading your books one gets a glimpse of your wide range of interests. Sorry to hear that it’s hard being a teacher in the US. Here things aren’t so bad – maybe you should move to Cyprus? 🙂 Tell us, what genre(s) do you write and why?

Matt: I am writing primarily YA urban fantasy, with my School of the Ages series, because I enjoy writing about magic and teens. But I can write many other things. I’ve published recently in the fields of literary fiction, poetry, magic realism, action, and horror, and I’m working on nonfiction also. I don’t think writers need to be specialized or constrained to a niche. If I want to write something, I’ll write it and try to sell it. I’m a brand.

My motivation to write about magic goes back to my teenage years, when I read a lot of epic fantasy, ranging from Tolkien to Donaldson to Eddings. My earliest attempts at publication were in epic fantasy, such as the novel I sent to Del Rey Books when I was sixteen. (I’m pretty sure they considered it for a while before sending it back.)  I made the shift to writing about magic in the real world when I began to sour on Tolkien’s legacy. I didn’t really want to read it or write it as much as I had used to – invented names instead of real-world names, maps full of trees and mountain ranges, all that stuff I had loved for years no longer felt right for me. This isn’t to say that I can’t dig something like Martin’s A Song of Ice and Fire or your Rex Rising series – of course good writing is good writing – but I wanted to work more in a research-based real-world vein. Originally I wanted to write about one adult magician teaching a few apprentices, but I expanded to a whole school because I was teaching in a yeshiva high school and I thought it would be cool to have a place that was half Jewish and half non-Jewish magic students who were sometimes friends and sometimes butted heads.

My stuff seems similar to Harry Potter, but rest assured, that’s not an advantage for me. I think buyers skip over me because they thing I’m some cut-rate Harry Potter imitator. I’m not. By the time my series is done, I intend to prove that I can write better than Rowling ever has. When my fifth book is out, I’ll challenge people to read both series and argue for which is better. But it’s not time for that yet; the third is due for this year. Want an ARC?

Chrys: I love epic fantasy and my first love was Tolkien as well. I do think that your world is very distinct from Harry Potter, much more mystical and with a lot more internal stuff going on. I’m not a big fan of Potter – but I loved your series! So, please tell us about your writing projects and recent releases! 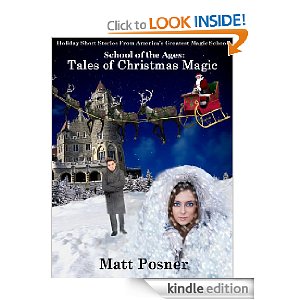 Matt: I just released Tales of Christmas Magic (click on the cover here on the left for the link!), a short story book exclusively for Kindle, which has a sample of Ghost in the Crystal. It features stories about my School of the Ages supporting characters in a lighter mode than the relatively intense novels. I hope this 99 cent book will attract people to my novels, The Ghost in the Crystal and Level Three’s Dream (which you reviewed). The cover story has Goldberry, a relatively posh and acid-tongued British girl with a heart of gold, get into a tussle with Christmas-themed entities on the school roof. Why would anyone enter combat against Santa? You have to read and find out.

Matt: I wanted to contribute to Creative Reviews’ Christmas Lites anthology, so I started “Goldberry vs. Santa Claus,” but I couldn’t meet their deadline, and I decided to release the story on my own. But I didn’t think one story would sell as well for 99 cents as several, so I wrote two more, and then I rounded out the book with a selection from The Ghost in the Crystal as well as the promotional comedy blog I wrote for Saffina Desforges and … one other thing. See below for that.

Matt: You have never seen so many elementals in one story as are in the story “How the Magician Radish did NOT Cheat on the PSAT,” nor have you ever seen Santa Claus and Father Christmas as separate character in the same story, as in “Goldberry vs. Santa Claus.” But besides all these things, I also put in a novelty item – my first fantasy short story, written while bored in Honors English when I was sixteen. It’s not as good as my present work, obviously, as twenty-six years lie between it and me, but I think it’s good enough to show some continuity between my present and my past; alternately, my high school buddies on Facebook can find out what I was really up to when I was supposed to be reading Huckleberry Finn. J

Chrys: Very interesting! Can’t wait to read it. 🙂 Do you have a favorite scene in the book?

Matt: In Tales of Christmas Magic, I like the bit in which Goldberry is riding on …er.. and she is being chased by … er… and then she decides to … er…  Well, I can’t give it away.

Chrys: lol! Okay, fair enough. 🙂 What kind of research did you do for this story?

Matt: I do most of my research on the Internet. Most of my research is either locating historical names and facts or translating expressions into other languages. I do a lot of nonfiction reading usually in magazines, and it gives me ideas for things I can incorporate into fiction, and then I go to the www for peculiar details I may need.

Chrys: Thank you for telling us what goes on in an author’s mind! As a final request, can you give some advice to other authors?

Matt: Get a job in a moneymaking business. Writing is a labor of love.

Chrys: Thank you for being here! Where can people learn more about you and your writing?

Matt: My website is http://schooloftheages.webs.com  which has a lot of links. I also have an Amazon author page, and my Goodreads author page also includes a lot of anthologies that I have been in.