Today I have a guest – Young Adult fiction author Kia Zi Shiru, whose first book “Black Sheep: Letting go of the Past” has just been published. I’ve known Kia from my critique group and she has been working on this story for a while – it promises to be great!

So, without further ado, I’m giving the floor to Kia to tell us about her book, her writing and herself…

Thank you Chrystalla for hosting the first day of my blog tour, I really appreciate it. My first novella Black Sheep: Letting go of the Past has been hitting the e-stores in the past few days just so I would be sure it would be available at midnight on the 12th (we’ll see how that works by the time this post goes live).

The first novella in the Black Sheep trilogy starts in the first week after the Christmas break, a time of change and new beginnings. Vic is only hoping to keep the friendship of his best friend and make the best of the new year. His best friend, Jack, has other ideas. 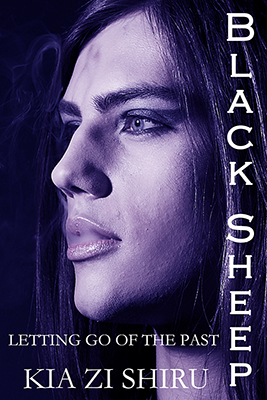 Some of this change of Jack reflects how I’ve always changed my look when I was back in high school, whether it was short hair, army boots or leather jackets. For me the Christmas break always has seemed like a good moment to change your appearance. You’re a couple months into the new year with your class and they have gotten used to you a certain way. I’ve always liked changing when people got too used to my looks.

Which is what Jack did. Having met Vic only at the start of the school year he has always loved the guy’s look and over Christmas changed his own style. Which changes the dynamic between the two guys dramatically. No longer Vic is the only goth guy in the class and Jack is no longer the soft looking guy Vic met at the start. Jack is starting to dress in styles that Vic has trouble resisting which of course leads to interesting situations.

Over all, I don’t often describe in detail what someone looks like because I like to keep that up to the reader. Though I always try to give clues. I don’t think I need to describe in detail how someone looks. I, myself, don’t usually care that someone is five feet or 1.70 meters or something like that because it sometimes makes it hard to remember how tall they are and by using one or the other way (feet or meters) I’m going to alienate readers. What I do like to know if someone is taller or shorter than the narrator at that moment. Which makes it easier to imagine how they would look making out (or you know, if they’re just standing next to each other talking).

Vic and Jack are around the same height, during the story you run into some characters that are taller (like Tom and Jo) and some are shorter (like Adam). But while Vic and Jack sport a goth look Adam has changed his look over time (from long hair to short colourful hair) and Tom has nothing goth-like.

I liked putting in different styles of people, even though the main characters (Vic and Jack) are both goths. I think that by not making all of them comply to the angsty goth stereotype that you sometimes run into in books and having multiple styles in looks makes it easier to connect with the characters, even if they aren’t the main characters.

If I did well, or if it works? You can check it out for yourself by reading Black Sheep: Letting go of the Past.

WHERE TO FIND THE BOOK!!!

WHO IS KIA ZI SHIRU: 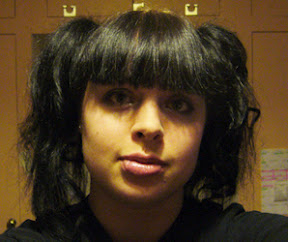 Kia Zi Shiru is a Dutch girl studying English and Creative Writing in the UK. Amongst her interests she finds writing, reading, doing research and learning different languages (including but not limited to: English, Dutch, French, German, HTML, Java, PHP and Assembly). Her writing and reading habits include books with Young Adults, gay themes, strong female or minority characters and fantasy elements (more often then not all at the same time).