My good author friend Katie Salidas (hello, Vegas!) is what you might call a paranormal expert – at least in her fantastical worlds, or rather her fantastic version of Vegas and surrounding area. In her alternative world, vampires and shifters share the cities with “normal” humans, and the boundaries often fall. If you have read her series “Immortalis: Carpe Noctem” you know what I’m talking about. 🙂

If you have, then you’ll surely remember Fallon, Alyssa’s best friend, a normal but very interesting human. Fallon is spunky and outspoken and falls in love with a werewolf! I really loved her character and was very excited when Katie said she’d give her a book to tell her story. So here it is! Moonlight – An Immortalis Companion Novella. 🙂 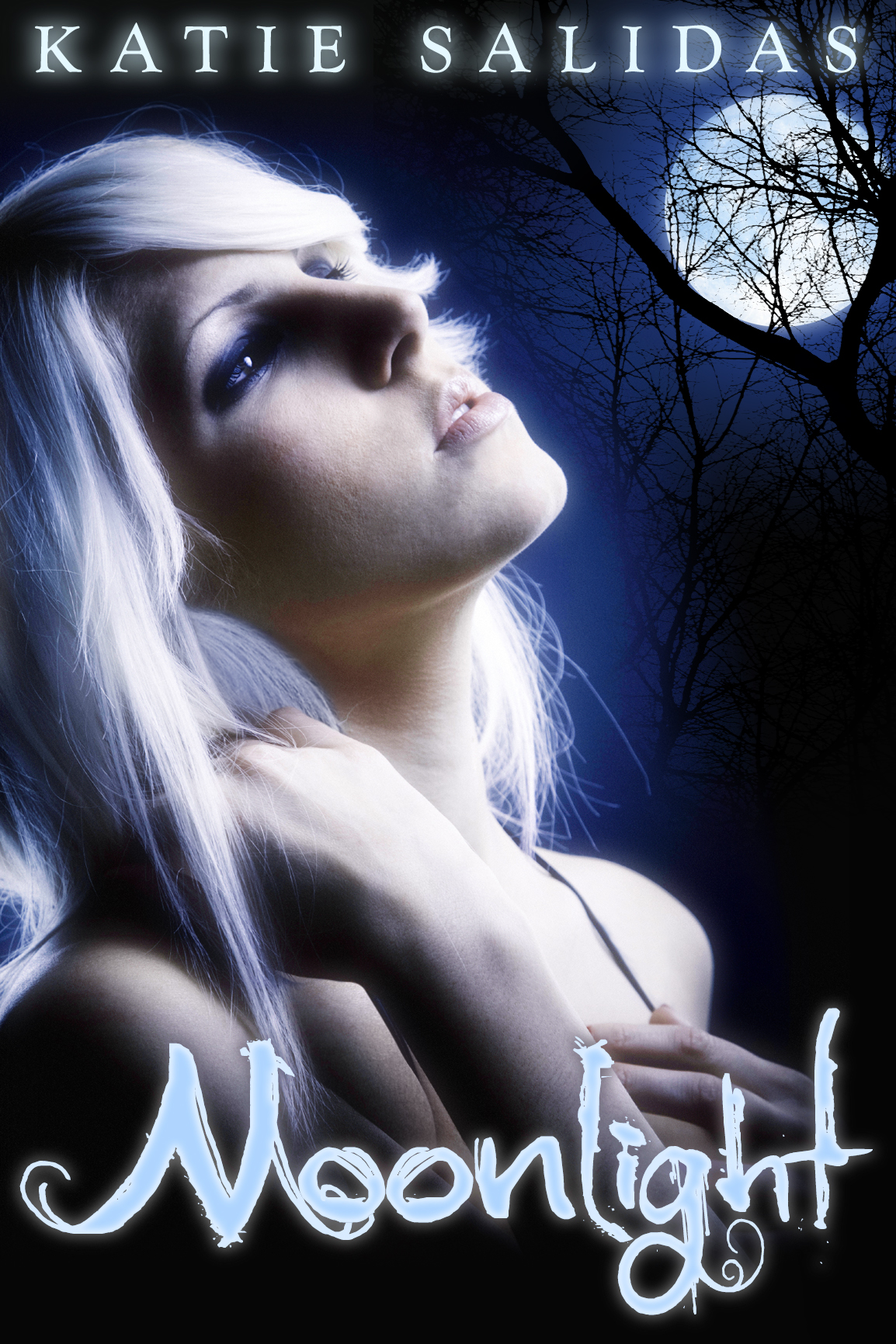 Good girls don’t wear fur, or fight over men, and they certainly don’t run around naked, howling at the moon.

But then, no-one ever called Fallon a good girl.

As a human unofficially mated to an Alpha werewolf, Fallon is being pressured to “become”…or be gone.

Her mate Aiden, the interim leader of the Olde Town Pack, is in a position that demands he either choose a wolf mate…or leave the pack forever. No matter how hot the sex with Fallon is, he can’t ignore centuries of tradition.

Become a wolf or not. If only the choice were that simple. Fallon’s options are further clouded by the overt presence of other females desperate to be the Alpha’s mate. And when these bitches get serious, it’s not just claws that come out. If Fallon wants to keep her man and take the title she’ll have to exert a little dominance of her own.

Where to find the book:

Long pajama pants, a sweat shirt, fuzzy socks, and still I felt frozen. I’d been here a couple of months but still hadn’t gotten used to the cold. Boston was an arctic tundra compared to Las Vegas and that blistering desert I’d come from. I’d be warm soon enough, though. Aiden was due back at any moment. That man was hot! Wolves have more than just good looks working for them. They run a few degrees warmer than us humans. And I needed that heat. The thought of him snuggling up next to me, fur coat or not, was enough to keep the icicles at bay for the moment, but I was still cold.

Teeth chattering, I pulled the thick feather comforter up to my chest and snuggled into the fluffy, king-sized down pillows. I doubted I would ever get used to the winter. But, if I wanted to stay with Aiden, I’d have to. As the future Alpha of the Olde Town Pack, he was a Boston boy for life. That also meant I would have to make some life changing decisions.

The thought of that wiped the smile from my face.

Aiden was my love, and I knew he loved me for who and what I was—human. But the pack… they wouldn’t accept a human as their Alpha Female.

I buried my head under the blanket as if it would shield me. I’d been avoiding facing the inevitable, but a decision had to be made… soon.

The bedroom door opened with a slight creak.

“Fallon, babe. You still awake?” Aiden called out in a whisper.

Perfect timing! A thrill of excitement ran through me. “Yeah. Come cuddle. I need to steal your warmth, I’m freezing over here.”

He gave me a quick sidelong glance then looked at the wall. “It helps if you turn on the heater.”

“There’s a heater in here? Why didn’t you tell me?” I felt a little embarrassed for not thinking of something so simple; but in my defense, I hadn’t lived at the sanctuary long.

“Yeah.” He tapped a finger on the thermostat mounted to the wall. “Looks like Brady is up to his old games. The thermostat is off.” He clicked the switch, walked inside, and shut the door.

Instantly, I heard the fans kick on. Warmth rose to my cheeks, but it wasn’t from the heater.

“That bastard!” I said, angrier at myself for falling for another one of his tricks than anything else.

Aiden didn’t bother to hide his snicker. “He is who he is. But you probably should have checked the thermostat instead of turning our bed into an igloo.”

“That would have been the smart thing to do. But then I couldn’t have hot Eskimo sex with you.”

Without another word, Aiden tore off his clothes and dove into bed, under the covers. Snaking his arm around my waist, he pulled me in close and nuzzled my neck. My body began to warm, melting against his. Aiden’s chin stubble scratched a little but not so much that it hurt. Besides, I loved a little rough touch from my man. His thick scent, fresh from the hunt, filled my nose. There’s something about that heady odor of patchouli and cologne mixed with a little sweat that sends my heart racing.

Oh, yeah. This is my happy place. Safe in Aiden’s arms, I felt like the world could go to hell and I’d still be okay. This is love, right?

Twenty-six years old and I’d never really been in love. Sad to say, I know. But love had never been a high priority on my list. School, family, friends, sure… but men had been merely blips in the radar. They were temporary distractions; fun little bumps along the road of life. With Aiden, it was different. He made me want to stop bumping along the road and find my home, with him.

“How was the hunt?” I scooted closer, reveling in his delicious warmth.

“The new recruits were naturals.” Pride filled his voice. “You should have seen them. Everyone transitioned this time, and they’re all acclimating well.”

“That’s wonderful news.” The last group hadn’t been so lucky. “But I couldn’t take the cold tonight. I’m still too much of a desert rat.”

His warm hand dipped under my sweat shirt. “Your blood will thicken in time.” He tip-toed his fingers up to my breasts. “How about your day? What have you been up to while I was playing in the snow?”

“Nerd stuff.” I purred. That man had a sinful touch. “I got the new server online and finished configuring the firewall. I still have to set up a few new user accounts, but other than that, not much.”

“I have no clue what you just said, but I think it’s sexy when you talk computers. Say something else.” 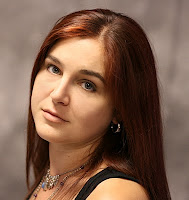 Katie Salidas is a Super Woman! Endowed with special powers and abilities, beyond those of mortal women, She can get the munchkins off to gymnastics, cheerleading, Girl Scouts, and swim lessons.  She can put hot food on the table for dinner while assisting with homework, baths, and bedtime… And, She still finds the time to keep the hubby happy (nudge nudge wink wink). She can do all of this and still have time to write.

Katie Salidas resides in Las Vegas, Nevada. Mother, wife, and author, she does try to do it all, often causing sleep deprivation and many nights passed out at the computer. Writing books is her passion, and she hopes that her passion will bring you hours of entertainment.
http://www.katiesalidas.com/