Today my guest is Valerie Laws, author of many books and artist. 🙂
Hi dear Valerie, and welcome to my blog! Why don’t you tell us a few words about yourself first? 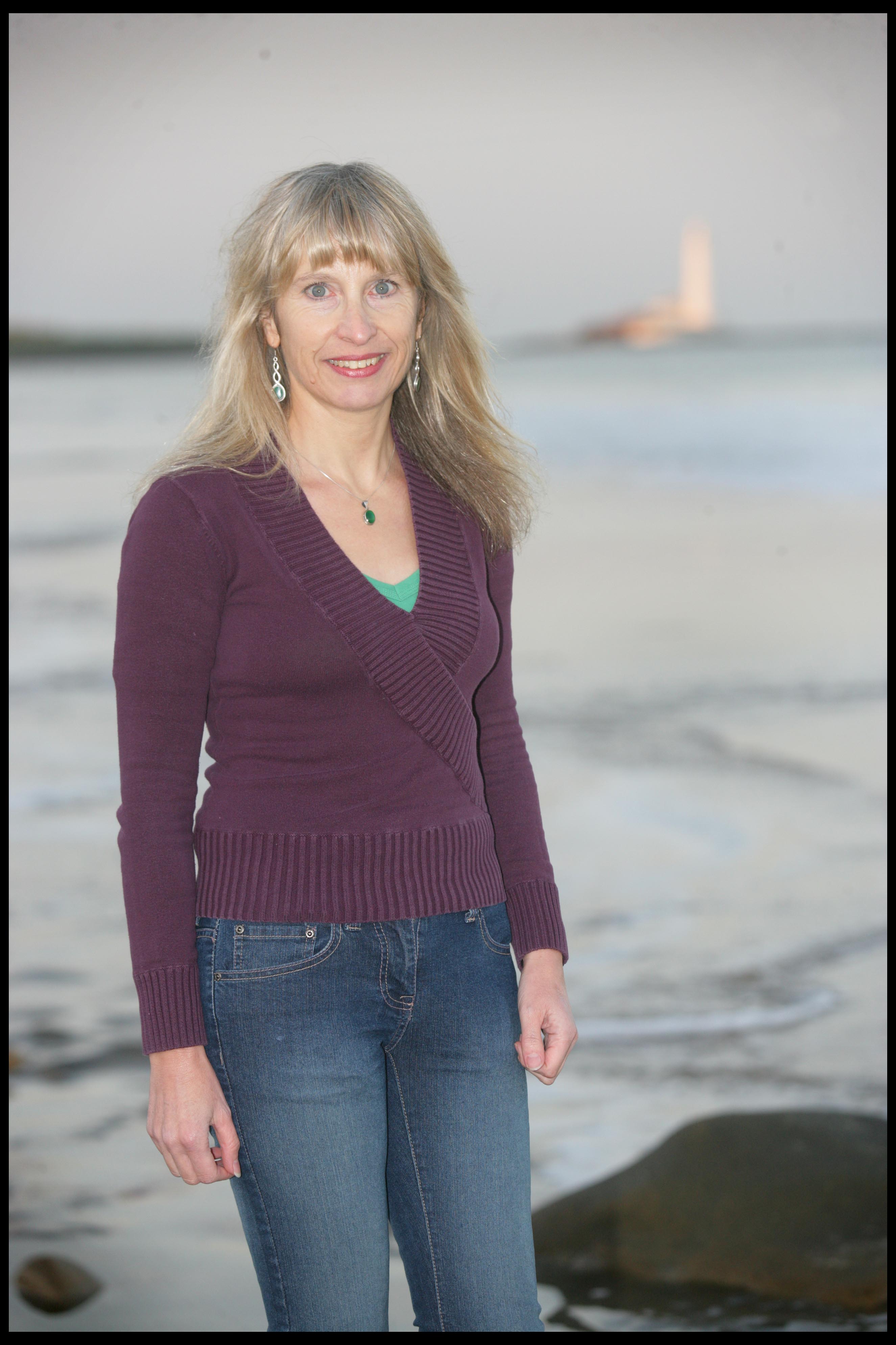 I’m Valerie Laws, a novelist, poet, playwright, sci-art specialist and performer. I’ve had eleven books published, twelve plays produced, and many commissions and Writer in Residence posts. I’m now Writer in Residence at a London Pathology Museum of human specimens, where I’ve written about the dead bodies at dissections, at a university brain institute, and at a physic garden growing mind-altering plants. I’m famous for spray-painting poetry on live sheep in my Quantum Sheep project, which got a lot of media attention and still does! I live by the sea in North East England and am a fanatical swimmer. I swim a mile five times a week and love to snorkel in as many oceans as I can on my travels. I love to perform my work and to make people laugh, and make them cry too.
What genre(s) do you write and why?
My new novel LYDIA BENNET’S BLOG is a historical romantic comedy, and I also write crime fiction, stage and BBC radio plays, and poetry which I perform live or in the media, often funny poems about sex, moving poems about death and science! I also create animated poetry installations for exhibitions. My creative ideas seem to arrive in my head ready to be a poem, a play, or a novel.
What can you tell us about your writing projects and recent releases?
My most recent release is LYDIA BENNET’S BLOG, more details in my next answer! I’m busy promoting that, but also working on my second crime novel which is nearly finished. My first crime novel THE ROTTING SPOT with a homeopath detective, hidden secrets and a skull-collecting theme is now available on kindle (and paperback) and has won awards and had many fab reviews. (99p or $1.5 http://amzn.to/RotSpot & in US at http://amzn.to/RotSpotUS) My latest poetry book ALL THAT LIVES (from redsquirrelpress.com) is out and I’m touring giving performances from it all over the world. I have a poetry film showing at a London exhibition which is going to be shown in Berlin this autumn. I always have lots of projects on the go at once!
Tell us about your latest release (could include blurb, small excerpt like 200 words).

LYDIA BENNET’S BLOG – THE REAL STORY OF PRIDE & PREJUDICE is my 11th book, my first indie e-book. It’s a comedy, telling the story of Jane Austen’s novel in the voice of Lydia Bennet, the outrageous, sexy, shameless youngest Bennet sister. She’s just like a modern teenager, so I’ve written her ‘blog’ in modern teen language, but I’ve invented 19th Century explanations for her slang. Lydia knows a lot of what went on unknown to Lizzy, Darcy and even Jane Austen, as she was manipulating the action behind the scenes to get her way and get her man, the ultimate bad boy Wickham! It’s on kindle at http://amzn.to/LydBBUK (98p) and http://amzn.to/LBBUS ($1.55) and Smashwords http://bit.ly/LBBSmash. It’s collected some ace five star reviews, some from respected authors.
This is how Lydia introduces herself and her 19th Century ‘blog’:
‘Well, me and my buddies on the Net are way too cool to read or write those boring ladylike journals! That’s ‘buddies’ from ‘rosebuds’, we being young, sweet, innocent maidens (irony alert!). So we started to write our goss and news in our own style, in our‘buddies’ logs’ or ‘blogs’ for short, and pass them around our Network, or ‘the Net’. Geddit? Well it’s not rocketry science! But my publishers asked me to explain this, now it’s going to be a book. They also say I need a glossary. Excuse me? Like I need advice on hair conditioning from them! Anyway, I’ve written this the way me and my friends talk, so in case some of you readers out there don’t understand some of our like, lingo, I’ve explained some of the words as I go. Not all of them. FGS, it is 1814! We begin when goss-worthy stuff started happening way back in 1811, when I was fifteen but fabulous. Enjoy!’
What gave you the idea for this book?
I’ve always loved ‘Pride and Prejudice’ and all Austen’s novels but Lydia, the youngest sister, gets a raw deal. She’s treated as a threat to society and everyone disapproves of her, and she brings shame on her family. I wanted her to have her own voice and to triumph over all of the respectable sisters and their boyfriends! She’s very funny and full of typical teenage preoccupations. She’s boy crazy, fashion mad, feisty and has to get her way by trickery and manipulating the other characters. One day I just suddenly got the idea for her having a blog in the 19th Century and I had to write it!
What is special about this book – what sets it apart?
I wrote the book in modern teenage language, although it’s still set in Austen’s times. Lydia in the original book is very like a modern teenager and it’s possible her generation had their own slang like our teens do! It’s also very sexy and erotic in parts when Lydia elopes with the man she marries scandalously after she’s spent a week with him. This book is very different from most of the Jane Austen sequels or new versions in that Lizzie and Darcy, who are usually seen as too sacred to laugh at, are treated with rebellious mockery by Lydia, though they think they are still running the show!
Do you have a favorite scene in the book?
There are many funny scenes when Lydia is up to no good flirting, or plotting to get her own way or get revenge on anyone who disses her! Many people love my new explanation of the odious Mr Collins’ marriage to Charlotte Lucas.  Now his hilarious attempts to wed the Bennet sisters one by one is funnier, more complex, and yet quite moving.  I won’t give it away here but the whole thing is arranged by Lydia, who thinks she’s very street-wise but gained most of her sex ed from her Pa’s Greek myth books with bizarre results.
What kind of research did you do for this story?
I do a lot of research for my books and plays, but in this case I’ve been re-reading Jane Austen’s books every year for most of my life, so I knew the period and the style very well. I did a lot of research for all the parts I invented to check if they were right for the period.
Thank you for coming over to talk about your work! Where can people learn more about you and your writing?
I’m on facebook as Valerie Laws. My website is www.valerielaws.co.uk. My main publisher’s website is www.redsquirrelpress.com.
‘Lydia Bennet’ is actually blogging her book on http://bit.ly/LydiaBsBlog and she’s also on Twitter as @LydiaBennetBlog.
I also am on Twitter as myself, @ValerieLaws. Come and find me on there!
LYDIA BENNET’S BLOG is at http://amzn.to/LydBBUK (98p) http://amzn.to/LBBUS ($1.55) and Smashwords http://bit.ly/LBBSmash.
THE ROTTING SPOT crime novel is at http://amzn.to/RotSpot & http://amzn.to/RotSpotUS
You might find me performing near you one day –  or why not invite me to perform at a festival or event!