WELCOME TO FINN AND ELLA’S WORLD…

The Boxset with the Complete Season 1 of the series is here, too! 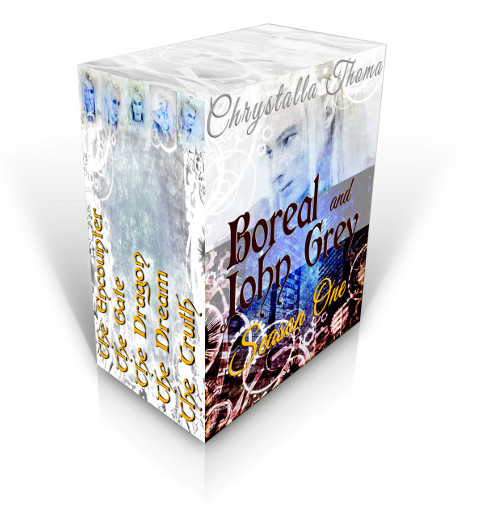 During the 13th century In Iceland, epic poems and tales called Edda in Icelandic (plural: Eddur) were written down. Two main collections exist today, the Poetic Edda, also known as Sæmundar Edda or the Elder Edda, is a collection of Old Norse poems from the Icelandic medieval manuscript Codex Regius (“Royal Book”). Along with the Prose Edda, the Poetic Edda is the most expansive source on Norse mythology.

These epic poems and tales spoke of the aelfar – the elves. Tall and pale – their name means ‘white’ – these trickster beings brought misfortune and illness, and exchanged healthy children with sickly changelings.

Now the Gates are opening once more between worlds and the elves are back.

Ella Benson, Paranormal Bureau agent, fights all that comes through the Veil – dangerous Shades crossing into our world. But increasingly dangerous creatures are slipping into her city, her work partner has just gone missing, and a mysterious – and, frankly, quite hot — guy saves her life. His name is Finn and, as it turns out, he’s a natural when it comes to fighting the Shades.
When after centuries of peace the Gates between the worlds start opening and our old enemies, the elves, make a comeback, Ella needs a new, temporary partner. Enlisting the mysterious Finn is a no-brainer, until she realizes he is guarding dangerous secrets of his own.
Together with Finn, and the fate of the world on her shoulders, what’s Ella to do but grab her weapons and figure it all out, one way or another.

Read the complete First Season of the series Boreal and John Grey, books 1-5 (The Encounter, The Gate, The Dragon, The Dream and The Truth) at a special price with an Author’s Note at the end.

This is urban fantasy verging on paranormal romance. A sexy love story set against a backdrop of dragons, trolls and magical portals, fast-paced action scenes and suspense.

The first episode in the series is free so you can sample it – here:

Get THE ENCOUNTER for FREE!

Read a short excerpt from Episode 2: The Gate:

Fast food would save the world if the elves didn’t take it first, Ella thought as she paid the delivery boy and carried the boxes of chop suey inside. She closed the door on the chilly breeze and shivered while crossing over to the living room table. Mike had promised to find Finn something warmer to wear from Scott’s closet, but they’d have to go shopping for clothes sooner or later.
She set the food down and went in search of Finn. The sound of blades being honed drew her to the bathroom. Oh yeah. Finn priorities. About to fall over from exhaustion, but who cared when there were knives to be cleaned and sharpened?
“The food’s here,” she called.
He didn’t even look up, focused on his task, the whetstone screeching against the metal of the blade. Had he heard her?
Shrugging, she returned to the living room. She wasn’t all that hungry herself, not since she’d been told of Simon’s death, and even less since seeing his body at the morgue.
It was barely midday and she was bone-tired. With a sigh, she curled on the sofa and pulled the book from her purse.
Grarssaga. Simon had been dating an oracle. No wonder he’d realized before all of them what was going on. Sarah, his girlfriend, was at the hospital. Ella wondered if someone had informed her that her boyfriend was dead, torn open by a…
She swallowed hard, chased the images from her mind. She opened the book, but the letters swam before her eyes. Torn open by a wolf, according to Finn. A white, scaly wolf. The picture just wouldn’t form. Scaly? What the hell? She couldn’t recall ever reading any description of the animals of the aelfar.
Or it was all in Finn’s mind. Maybe something perfectly mundane had killed Simon; maybe the lab had been wrong about the DNA.
Yeah, and pigs could fly.

Oh and before I forget!! To celebrate with you, I set my short story Dreamdancer, featuring dreamdancers and their cousins, the elves, free today. In case you don’t have it, grab it now. 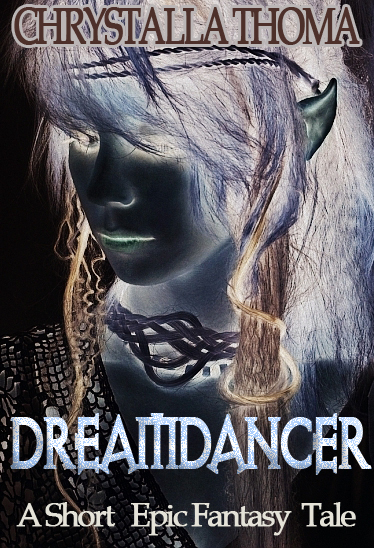