Pre-order The Minotaur at a discount

A quick notes for those who like mythology-based urban fantasy:

My novella THE MINOTAUR is due to come out with MuseItUp publishing this month!

You can’t outrun your divine lineage. When Asterion, Poseidon’s son, travels to Athens to join the battle against the newly awakened ancient gods, he doesn’t expect Poseidon to ask for the sacrifice of fourteen youths, or to demand that Asterion don the mask of the bull, become his vessel, and kill them. Outraged, Asterion refuses, but when his half-sister Ariadne is selected for the sacrifice, he takes the mask and becomes the Minotaur in a bid to fight Poseidon and save her.

Theseus, another son of Poseidon, is also in Athens. In love with Ariadne, he cannot let her be sacrificed to Poseidon. Unaware of Asterion’s dilemma, he changes another’s lot with his own name to enter the labyrinth, fight the Minotaur, and return everyone home.

With brother pitted against brother and the labyrinth closing around them, the outcome can only be death–unless Ariadne finds a way to return them to the world of the living.

Now you can now PRE-ORDER it and save 20%.  Available only in North America currently until the system is updated to accept pre-orders from around the world, but if you’re interested to purchase from outside North America, please email publisher. 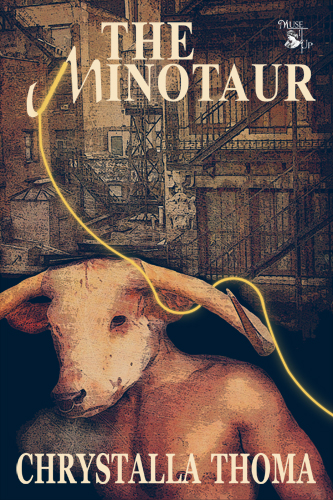