In a world where parasites create new human races, Elei leads a peaceful life — until a mysterious attack on his boss sends him fleeing with a bullet in his side. Pursued for a secret he does not possess and with the fleet at his heels, he has but one thought: to stay alive. His pursuers aren’t inclined to sit down and talk, although that’s not the end of Elei’s troubles. The two powerful parasites inhabiting his body, at a balance until now, choose this moment to bring him down, leaving Elei with no choice but to trust in people he hardly knows. It won’t be long before he realizes he must find out this deadly secret – a secret that might change the fate of his world and everything he has ever known – or die trying. 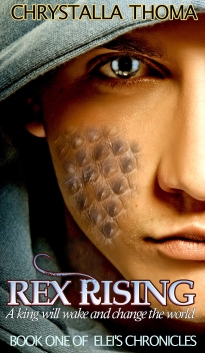