Last weekend, I went with Carlos (husband of mine, for those who never had the pleasure to know him 🙂 ) to Agia Napa on the south eastern coast of Cyprus – hunting antique ruins.

For those who don’t know us: this is a favorite pastime of ours. Old stones. Old walls. Old pieces of pillars and ceramic. Old memories of a long-gone age.

For anyone who has come as a tourist to Cyprus and gone to Agia Napa (whose name means by the way, The Sacred Grove), this is a place for roasting yourself on the beach… 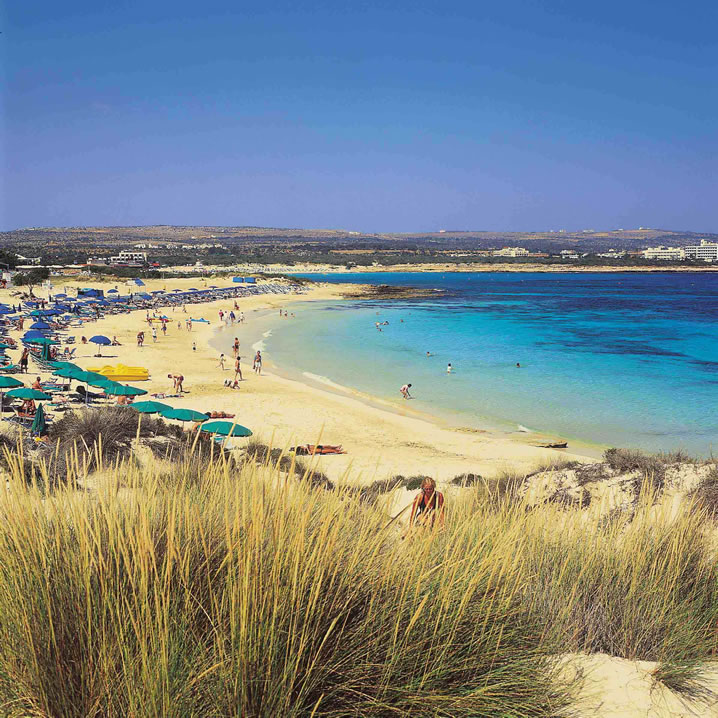 … and then dancing the night away. It is known to be a wild nightlife preserve 😉

Before 1974, when Cyprus was divided into two, Agia Napa consisted of two fishermen huts and a medieval monastery. The monastery still exists, in the midst of the nightclubs and bars. In 2000, a vigil was held inside for the damned souls of the revelers… I swear! It was in the papers.

(all the above photos were taken from the internet – thanks to the photographers, I hope you don’t mind!)

So this was Agia Napa for me.

Imagine my shock when Carlos informed me there was a Hellenistic necropolis or two in the area, ancient temples, Roman fish ponds, neolithic settlements, huge boulders weighing tons thrown out by ancient and medieval times tsunamis, and medieval aquaducts.

What, in Agia Napa, the nightclub town?

So this is me, emerging from a Hellenistic tomb (the sea is only a few meters away, the tombs are cut into the rock on a promontory)

And this is me walking (hunched against a cold wind from the sea) toward a boulder thrown out by a tsunami.

I plan to write soon and post more photos from our expedition. It was wonderful.

And I really hope the tourism department will give me a commission for the advertising! 🙂